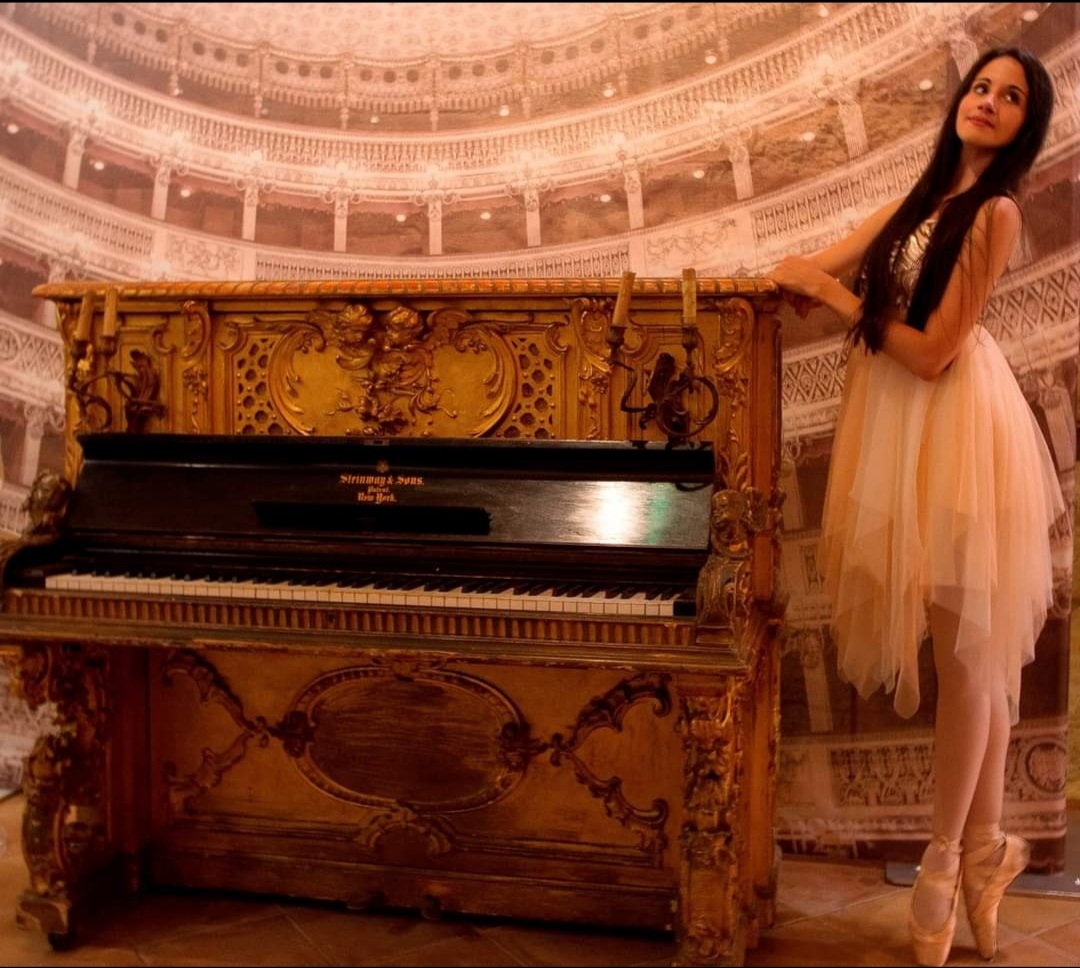 On Sunday 26th September eight students from Tanzschule Chiara Matt (Stuttgart) directed by the teacher Roberta Di Laura, famous ballet dancer from Italy and very appreciated dance teacher in Germany, will perform in the prestigious setting of the Ambasciatori Hotel in Rimini during "International Universum Woman Prize“ organised by the Universum International Academy. Antonija Doslov, Aurélie Jens, Amélie Jens, Ellyn Kaiser, Olivia Kaiser, Katerina Kotari, Anastasia Kotari and Johanna Wichmann, These are the names of the selected students who will perform in front of a prestigious audience from all over the worls and receiving a special award at the end of the event. The young dancers from Germany have been studying with Roberta for a long time, some of them have already obtained the prestigious "International Certificate of Dance Studies" and they are constantly involved in performances and projects of considerable importance. On the same occasion, the dance teacher Roberta Di Laura will receive the Lifetime Achievement Award "Una Vita per la Danza" (A Life for Dance) and the appointment as patroness of the International Universum Academy, of which she is already Ambassador at Large. Roberta Di Laura, born in Taranto in 1992, is a professional dancer, teacher and choreographer, Project and Event Manager, Member of the International Dance Council of Paris (UNESCO), Ambassador of the "Universum International Academy" and creator of the "Roberta Di Laura - International Dance Project". Roberta Di Laura graduated in classical, modern and contemporary dance at the Free University of Dance and Theatre of Mantua with recognition by the Ajkun Ballet Theatre of New York, after high classical school diploma(100/100) she obtained a degree in "Arts and Sciences of the Performing Arts" at the Sapienza University of Rome (104/110), Master's Degree in "Business, Marketing and Project Management (Life Learning Institute100/100) and Postgraduate Course in "Management of tourist services. From tourism business management to territorial marketing" (Unitelma Sapienza Rome 80/110). He has also taken part in on-site refresher courses at the prestigious University of Oxford (England) and in e-learning at universities such as Harvard, Columbia University, Sorbonne, Bocconi and many others. She has attended master classes with internationally renowned masters, prima ballerinas and ètoiles from the major dance academies such as Vaganova Ballet Academy of St. Petersburg, Conservatory of Music and Dance in Paris, Opera Vienna, Bolshoi in Moscow, Cuban Ballet, Paris Opera, Royal Ballet of Flanders, English National Ballet in London, Contemporary Dance School in Hamburg, Steps on Broadway in New York and many others. Among them, it is worth mentioning the participation at "Master of High Academic Classical Training for Teachers Vaganova Method" held by the teacher Irina Sitnikova (Vaganova Academy in St. Petersburg, Russia) She also took part in several stages at prestigious academies such as the School of Ballet of Scala Theatre in Milan, the School of Dance of the Opera Theatre in Rome, the School of Ballet in Rome and the National Academy of Dance in Rome. She has danced in prestigious events in Italy: Titanic Live Concert - Taranto (by Robin Gibb and Robin J. Gibb - Bee Gess, in which she was the main performer and prima ballerina), "Festival Internazionale Sanremo Benessere", "Giovani Eccellenze - Urbino" and many others. She has also been the protagonist of international festivals and projects, including photographic and videographic ones, in numerous countries such as: Romania, Tunisia, England, Germany, Taiwan, Morocco, United Arab Emirates. She is also an Ambassador for the international dance brand Ballet Papier of Barcelona. She has presented research works on dance at World Congresses in Athens, St. Petersburg, Canada, Florida, Warsaw, where she was the protagonist of a photographic exhibition at the University of Warsaw and the National Ethnographic Museum in Warsaw, and also in Ukraine, Avignon, Bahamas, Moscow and Tokyo, where she was the only Italian to send a research work on dance and to represent Italy abroad. Furthermore, during the 50th World Dance Congress held in Athens, her thesis "Ida Rubinstein: revolution between theatre and dance" was presented. She has received several awards and prizes including: "Premio Notte degli Oscar - Statte", "Premio Internazionale Città di Crisalide Città di Valentino", "Premio Nilde Iotti ", "Premio Città di Monopoli - Giovani Eccellenti", "Premio Fiducia Adoc Taranto", "Premio Internazionale di Cultura Re Manfredi", "Universum Donna International Prize", "Semper Fidelis Prize", "Women of Apulia Prize", "Lifetime Achievements Award, "Salento Donna Prize", "Corriere di Taranto Prize - Women of Taranto", "Dies Virtutis Prize", "Ispiring Women´s Aichyci Award". In 2018 she embarked on a brilliant career as a dance teacher in Germany between Stuttgart, Cologne, Duesseldorf and Frankfurt. She is currently teaching dance propaedeutics, creative dance, academic ballet and modern dance, Pilates and Jazz Ballet in several prestigious schools and academies in Stuttgart. At the same time she works as a project and event manager in the field of dance. In 2020 she appeared in the international magazine "STARS" Illustrated Magazine New York among the world's most influential personalities of the year. In 2021 she joined the World Artistic Dance Federation.